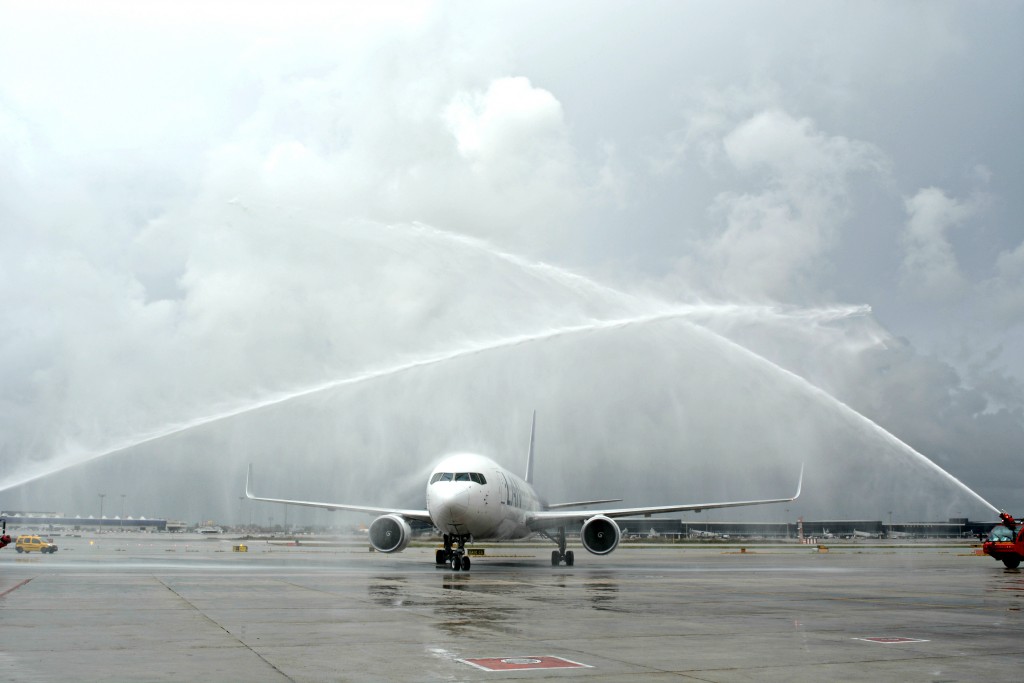 LATAM will operate three direct flights per week between Barcelona and Lima.
It is estimated that over 63,500 people will fly on the new route, helpin

Madrid, 16 December 2016 – In line with its strategic plan to offer the best connectivity from, to, and within Latin America, LATAM Airlines today began its direct flights between Barcelona and Lima. The new destination will be operated 3 times a week by one of the company’s Boeing 767.

“Barcelona is positioning itself, due to this second direct route that we began to operate today, 16 December, as one of the largest gateways to Latin America from Europe. We are grateful for the support and fantastic collaboration always afforded us by the Barcelona Air Route Development Committee for the development of our projects from El Prat airport”, commented Rodrigo Contreras, director general of LATAM Airlines in Europe.

Over 63,500 passengers are expected to fly on the new direct route, annually.

The new route positions Barcelona as a key European hub for Latin America, enabling passengers from any point in Europe to connect to the more than 115 destinations in Latin America that the company flies to.

It will, in addition, complement the direct LATAM Airlines flights between Barcelona and São Paulo as well as from Madrid to Lima, São Paulo, Santiago de Chile, and Guayaquil. LATAM Airlines also operates direct services to Latin America from four other European destinations: London, Paris, Frankfurt and Milan.

The flight will be operated by Boeing 767-3 aircraft with 216 seats in Economy class and 16 seats in Premium Business class, with “full flat” (180 degree fully-reclining) seats.

The seats in all the cabin classes have individual, in-flight entertainment systems with a touch screen, offering a wide range of films, television series, music, and games to provide passengers with the best travel experience.