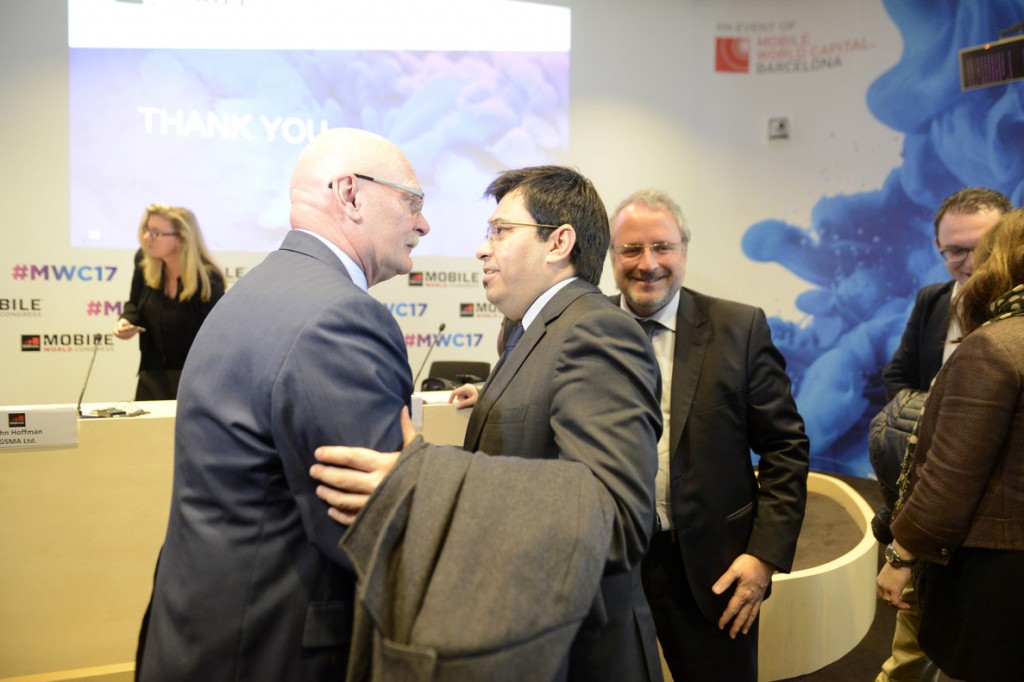 The Mobile World Congress (MWC), the world’s largest technology event, is back. For the 12th consecutive year it will be held in Barcelona – from 27 F

The Mobile World Congress (MWC), the world’s largest technology event, is back. For the 12th consecutive year it will be held in Barcelona – from 27 February to 2 March 2017 – and once again, all records are expected to be broken, with over 101,000 visitors, the figure reached in the previous edition. At the fair you will be able to see the latest advances in the industry, and work will also be conducted on the vectors that will mark the future of the technology sector. And, this time, the GSMA, organizer of the fair, has focused on two groups: young people and women.

Although technology is used by all sorts of groups, in the industry there is “little female presence,” acknowledged the CEO of GSMA, John Hoffman at the presentation of the event. That is why one of the new features of the congress this year will be Women 4Tech, a forum focusing on the role of women in the technological world that seeks to “bridge the gender gap” in the sector.

The other great novelty of the fair will be a parallel meeting, the so-called Youth Mobile Festival. Organized by the GSMA in collaboration with Mobile World Capital Barcelona, in ​​the exhibition centre of Montjuïc 13,000 square metres will be occupied so that more than 16,000 students between 10 and 16 years old from all over Spain can experiment with science and technology through activities such as workshops and demonstrations. “They are not direct customers today, but they are the future of the industry,” Hoffman announced. The goal is to motivate students to continue their education with the disciplines of science, technology, engineering, design, and mathematics.

The main course of the MWC has not changed. It will be, as every year, the almost 100,000 square metres occupying the Gran Via fairground , where the big companies of the world technology sector (Samsung, Google, Microsoft …) will be found. In all, over 2,200 exhibitors will show their latest advances in mobile technology, both in infrastructure and gadgets.

The space has not grown, but the expectations of attracting visitors have. With more than 35,000 registered at this point, the GSMA estimates that over 160 official country delegations will visit the fair and more than 3,900 media outlets from all over the world. Visitors will come from over 200 countries, with 50% occupying senior company positions.

This influences the economic return left by the MWC in the Catalan economy. According to Hoffman, forecasts for 2017 are an economic impact of €465 million for the society, with the creation of 13,200 temporary jobs for about two weeks (the MWC is four days, but there are events before and after, besides assembly and disassembly).

Another of the MWC must visit points will be the Connected City, a space where the latest technological advances are exhibited. This year you will be able to see from drones to virtual reality, going through the 5G, a connected rickshaw and a project of ‘connected seals’ (remote tracking of animals).

In addition, this year the show confirms the commitment of the automobile industry to connectivity, and the connected car will be one of the protagonists. Companies such as Ford, Seat and Mercedes, among others, have already confirmed their presence at the technology event in Barcelona.

While the major companies in the sector are presenting their novelties for the current year, another of the main points of interest will be the talks, where the future of the mobility and technology sector are targeted and decided. In this edition the MWC will bring together a comprehensive programme of top industry-wide representatives, such as the main leaders of the operators (Telefonica, Orange, AT & T, Softbank …) and infrastructure firms (Huawei, Nec, Nokia). 5G will, again, be one of the main issues addressed by the speakers.

Yet this year the protagonists will not only be where the data travel or phones, but also the content users consume. That’s why two of the big stars invited to the conference are Netflix founder and CEO Reed Hastings and the creator of Pokémon Go John Hanke – the GSMA has announced that there will be special pokémons during the congress days.

However, there will also be absences in this edition. This year the panel of speakers will not include Mark Zuckerberg, founder of Facebook and guest in the last three editions of the MWC. Neither will the congress have the announcement of Samsung’s star phone (Galaxy S8), as the South Korean firm has announced that it will not present it at the MWC because of the problems with Note 7 batteries.