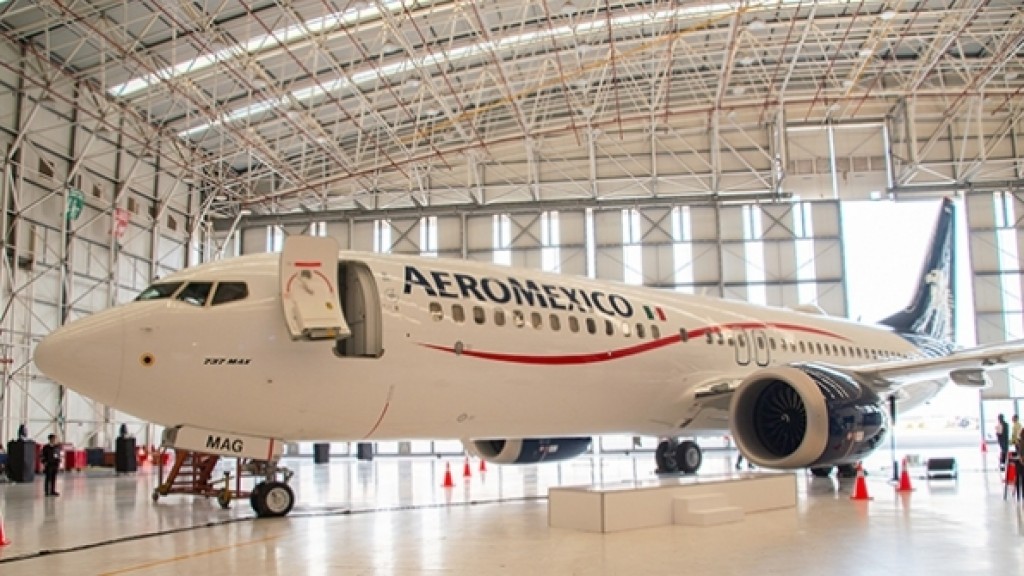 Aeromexico’s fleet transformation hit two major milestones in late February with the delivery of its first Boeing 737 MAX and the retirement of its last 777, leaving the carrier with three basic fleet types.

On Feb. 28, Aeromexico took delivery of its first 737-8—part of an order for 60 737-8s and -9s placed in 2012. The airline’s first MAX is scheduled to enter service the week of March 12, a carrier spokesperson confirmed. Initial MAX routes will be between Mexico City and Monterrey, New York, Lima and Bogotá. It plans to take delivery of five MAX aircraft this year—all 737-8s.

With the changes, Aeromexico’s fleet stood at 130 aircraft on March 1: 16 787s, 54 737s and 60 E-Jets. It plans to end the year with 132 aircraft, for a net addition of one airframe compared to its Jan. 1 fleet. Changes from the current fleet through December include adding one E-Jet and one 787, while removing four 737NGs to offset 737 MAX deliveries.

Despite the almost-static fleet size, Aeromexico will see system-wide ASKs grow in the high-single digits year-over-year (YOY), Conesa said. “That means for the domestic markets, ASK growth of between 3% and 5%, and for the international market, growth of around 16%,” he said.

The forecast is down from low-double-digit projections made late last year, “demonstrating our capacity discipline,” Conesa told analysts recently.

Much of the growth will come via upgauging—both via larger aircraft and longer routes. For instance, the new E-Jets are being deployed largely to feed traffic from Mexican cities to Delta Air Lines’ US hubs—part of the two airlines’ growing joint venture cooperation. Most of the ERJ-145s they replaced were deployed domestically, but rising inflation and fuel costs began to put pressure on these routes, leading Aeromexico executives to accelerate their retirement last year. Aeromexico cut domestic capacity 1% YOY in 2017, while growing system-wide ASKs 12.8%.