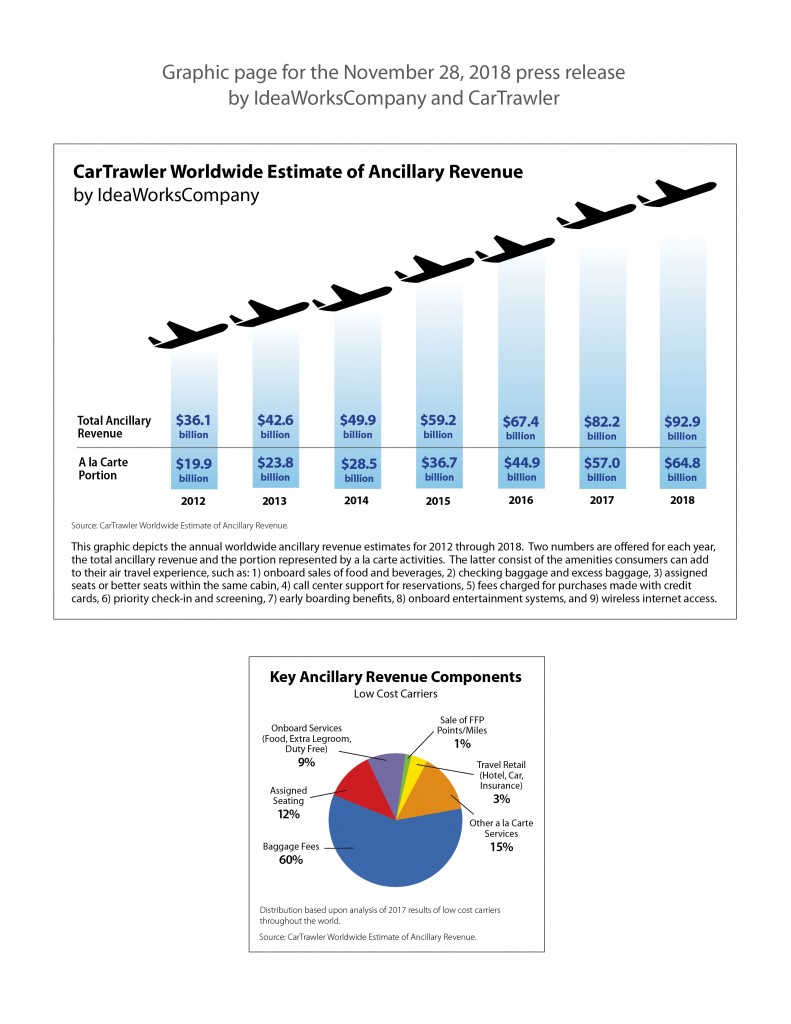 From the last 5 years, the airlines increase their results thanks to the anciliaries, especially in Europe. It is estimated that the world income, including luggage, seat, Snack, fast track, etc. .. reached $65M, more than 38% than in 2014. The airlines that have the most income are the low cost airlines. These revenues complete the fares, being much better accepted since it is “à la carte”.

Europe and Russia are leaders in this type of income. Revenues from complementary services have doubled since 2014, from $11b to more than  $22b. This causes that the traditional airlines of Europe, like Air France-KLM, British Airways, …, are displaced, creating another type of basic economic fares. The routes with more consumption of these Services are within Europe and, USA, on transatlantic routes. Asia, Africa and the Middle East are still not affected, since there are already basic economic fares.

Asian airlines are in second place with more than $18b in 2018, 35% more than total revenues in 2014. The  Asians “low cost” have not yet adapted these anciliaries as additional income with the same importance. In contrast, American airlines, American, Delta and United, have begun charging for seat reservations, so they have raised additional revenues. Africa and the Middle East remain traditional service. The activity of LCC in this region has left the rest of the world behind by a wide margin, representing only 4.4% of the operating revenues of the airlines. The complements for the region totaled $4.2b in 2018, 33% more than in 2014. Changes happen more slowly in this region of the gulf, where Emirates, Etihad and Qatar dominate the market, with very cheap competitive fares.

Latinoameria leads the collection of charges for baggage on domestic flights, for example, Brazil with Azul Airlines, GOL Airlines and even the LATAM group. They have influenced the new LCCs such as Flybondi (Argentina), JetSmart (Chile), Norwegian Air Argentina and Viva Air Peru. The LCC of South America and the Caribbean enter $2.8b, doubling of 2014.

Fluctuating fuel makes a part of an operator’s income unstable, so that these anciliaries revenues are adapted according to the global economic situation.