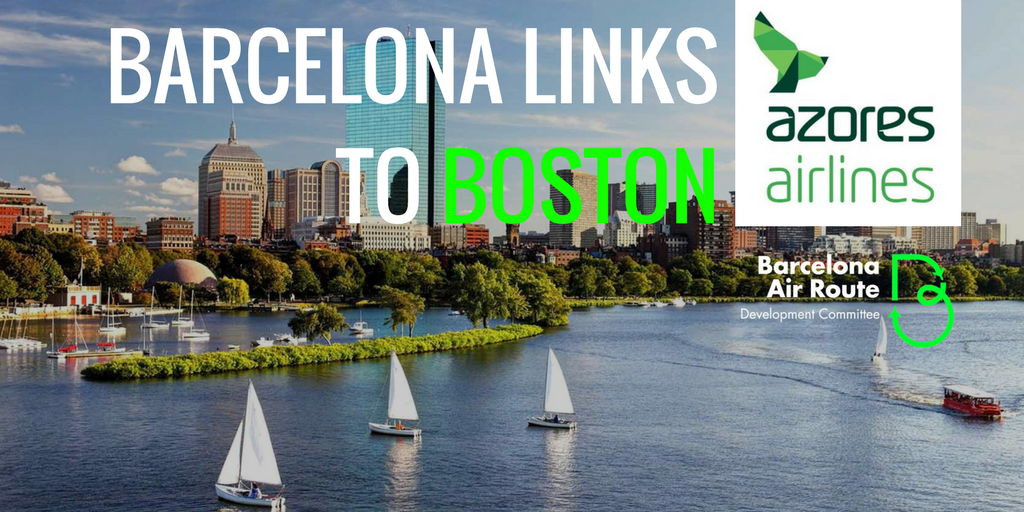 Azores Airlines, one of the SATA group company launches, in March 29, a new route between Barcelona El Prat and Boston (Logan International Airport-US

The flight will be operated with an Airbus A320 with a capacity for 165 seats, 15 in business class and 150 in economy class.The new flight is the result of a thorough analysis of the market that shows a growing passenger demand over the past five years between the two cities. The compound growth rate (CAGR) of air traffic between Barcelona and Boston has been 4.2% since 2015 and last year, the figure increased by 24% to 51,000 passengers. In addition, the traffic of passengers traveling in business class has grown from 9% to 15% in 2015.

Boston-Logan Airport offers domestic and international flights that connect with everyone. Is one of the major hubs of the United States and has had a rapid growth in international traffic. Last year, over 1.4 million passengers traveled between Barcelona and the United States. A figure that shows the great potential and strategic value of this route with regard to tourism and business.

Azores Airlines is one of the SATA Group companies. This air group is the oldest of Portugal, since it was created in 1941 and connects the Azores the world.

Links with Barcelona and Catalonia

In 1983 a twinning agreement was signed between Boston and Barcelona, ​​with the first city in North America.
Boston is the capital and largest city of the state of Massachusetts. It is also the cultural and business center of the entire New England region, and one of the most important cities in the United States, with an economy based mainly on education, health, finance, technology and innovation. The Boston area includes several universities and research centers worldwide, including Harvard University and the Massachusetts Institute of Technology (MIT).

Over the years, there have been numerous exchanges business, technological and cultural relations between Boston and Barcelona. For example, include regular participation in the fairground of Barcelona Activa Biotechnology and conducting missions technological and business innovation.
Boston and Massachusetts have one of the world’s most advanced industries and a rich innovative ecosystem. It is an area with a high concentration of internationally renowned universities such as Harvard and MIT, a cluster of medical and biotechnological and the world’s largest and premier technology centers specializing in ICT, renewable energy and advanced manufacturing, among others.

Indeed, the Government of Catalonia opened in 2015 an Office ACCIÓ Foreign Trade and Investment in Boston, with the aim of promoting co-operation between Catalan and American companies in R+D and innovation. In fact, Catalan exports to the US grew 52.8% in the period 2010-2016, reaching 2,156 million euros in 2016. This project has the support of Catalonia Trade & Investment, the area of ACCIO attraction of foreign investments.

As stated in the Barcelona Observatory 2016, published by the City Council and the Chamber of Commerce of Barcelona, ​​Boston and Barcelona are in the top 20 cities in the world with regard to the academic scientific production (Boston 7th. 11th and Barcelona). and also sun patent applications in OECD (Boston 3rd. and Barcelona 19th.).

In addition, the two cities are both in the top 30 overall competitiveness of the world’s cities (Barcelona 20th. 27th and Boston.) and good reputation worldwide (Barcelona 14th. 30th and Boston.).