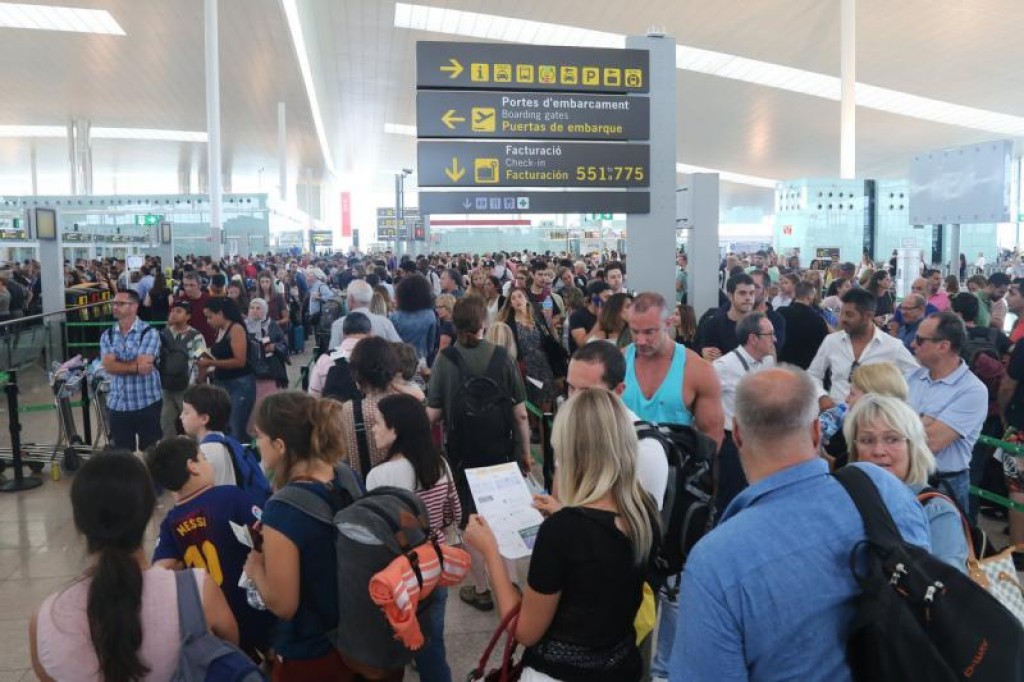 El Prat is among the top 20 European cargo airports

El Prat Airport has taken its place among the top 20 cargo airports following a growth trend in the last three years that has led it to grow from 100,

It has benefited from the increase in intercontinental air frequencies, with 14 new routes during 2017

El Prat Airport has taken its place among the top 20 cargo airports following a growth trend in the last three years that has led it to grow from 100,000 tons of cargo in 2014 to the 150,000 tons planned for this year. This represents an increase of 13.3% in 2016 and a predicted 16.1% rise for this year, according to the Barcelona Chamber, which stands out as a “record” result.

El Prat airport occupied the 27th position five years ago and its climb up the ranking is framed within the global economic recovery that has increased the demand for airfreight transport. The increase in air cargo in Barcelona is mainly due to the marked increase in intercontinental routes and frequencies from Barcelona airport, with 14 new intercontinental air routes in 2017.

The fact of having a diverse economy with four powerful cargo generating sectors (pharmacy and chemistry, fashion, automotive, and food), a competitive logistics sector in Catalonia, and the support of the Barcelona Air Freight Community, the community for promoting cargo around the airport of Barcelona have also contributed. All these elements have been key to increasing the airport’s air cargo to 150,000 tons in 2017.

According to the Barcelona Chamber, the first half of 2017 has been the best half-year in the global airline industry in a long time, with January through June growth of over 8%. Europe leads the global growth of air cargo during 2016 (+ 7.1%) and the first half of 2017 (+ 13.6%). Current prospects for air transport are positive, especially for intercontinental transport.

The increase in cargo has been driven mainly by Middle Eastern airlines. Emirates, Qatar Airways, and Turkish Airlines dominate the direct transit between Asia and the Airport, taking advantage of their high number of frequencies and lack of direct links between Barcelona and several of its main Asian markets.

With regard to American routes, American Airlines is rapidly growing at the Airport, with five daily routes, and LATAM has seen a very positive evolution since it began operating in Barcelona in 2015. The map of Barcelona routes has expanded and in 2017 it already includes 38 long-haul destinations. Most destinations are also slowly increasing frequencies.