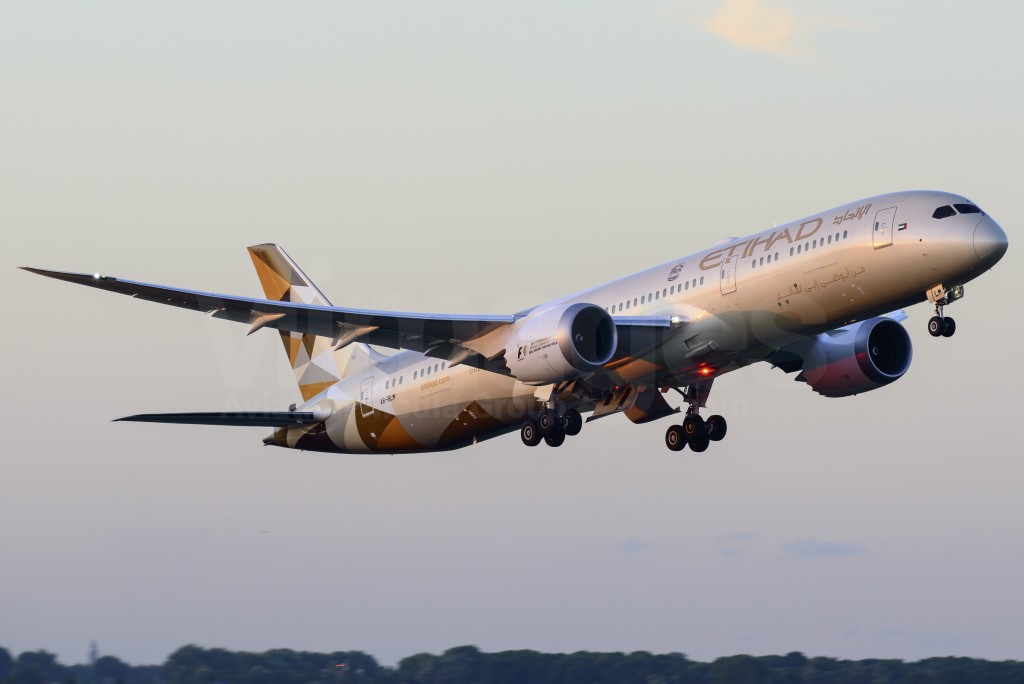 Barcelona is consolidating its attractive for the MiddelEast, Asia & Oceanian traffic and it is already the main gateway to Spain

Note: All departures and arrivals are listed in local time.

The Barcelona Routes Development Committee of Barcelona (BARDC) formed by Aena, the Barcelona City Council, the Chamber of Commerce of Barcelona and the Government of Catalonia has supported the creation of this route from the first moment. It is one more regular route between UAE and Barcelona that is important at a time like the current one where Abu Dhabi is growing in tourism and in business.

The UAE national airline is celebrating the occasion in style by hosting a special event held at the historic Capella dels Angels, a sixteenth-century Gothic building which is now part of the Museu d’Art Contemporani de Barcelona (MACBA), attended by leading figures from the local government, diplomats, media, corporate partners and travel trade.

Tony Douglas, Group Chief Executive Officer Etihad Aviation Group, said: “We have been tremendously excited about the launch of this service and what better time to arrive here than the month Etihad celebrates its 15th anniversary. “

“Commercial and cultural links between the UAE and the Catalonia region are flourishing and Etihad is honoured to play a pivotal role in facilitating and enhancing the growth of trade and the strong demand for tourism. This is a breathtakingly beautiful part of the world, with something to offer the most discerning of travellers, and now for the first time, Abu Dhabi, our amazing home, is accessible from Barcelona with regular non-stop flights, featuring Etihad’s acclaimed inflight hospitality.

“On behalf of the Etihad Aviation Group, I extend our sincere thanks to the Barcelona Air Route Development Committee (BARDC) for their invaluable support with the new service, the launch event, and for their genuine welcome.”

The number of visitors from the UAE to Spain has been rising rapidly, thanks in part to a successful Schengen visa waiver programme introduced for UAE nationals in 2015.

The new route will initially be operated five times a week by a two-class Airbus A330-200 before becoming a daily operation from 31 March 2019.

Barcelona is the second city in Spain served by Etihad Airways, complementing the airline’s existing daily service to Madrid. The new link will provide business and leisure travellers with convenient timings to travel between Abu Dhabi and Barcelona, also providing seamless onward connections through Abu Dhabi to major cities in the Indian Subcontinent, Southeast Asia, China, Japan, and Australia.

Etihad Airways operates an extensive codeshare partnership with Air Europa (UX) allowing guests a seamless transfer with the Spanish airline’s services between Barcelona and Madrid. Etihad also codeshares with Air Europa beyond Madrid to 19 cities in Europe, South America, Mexico and the Caribbean.