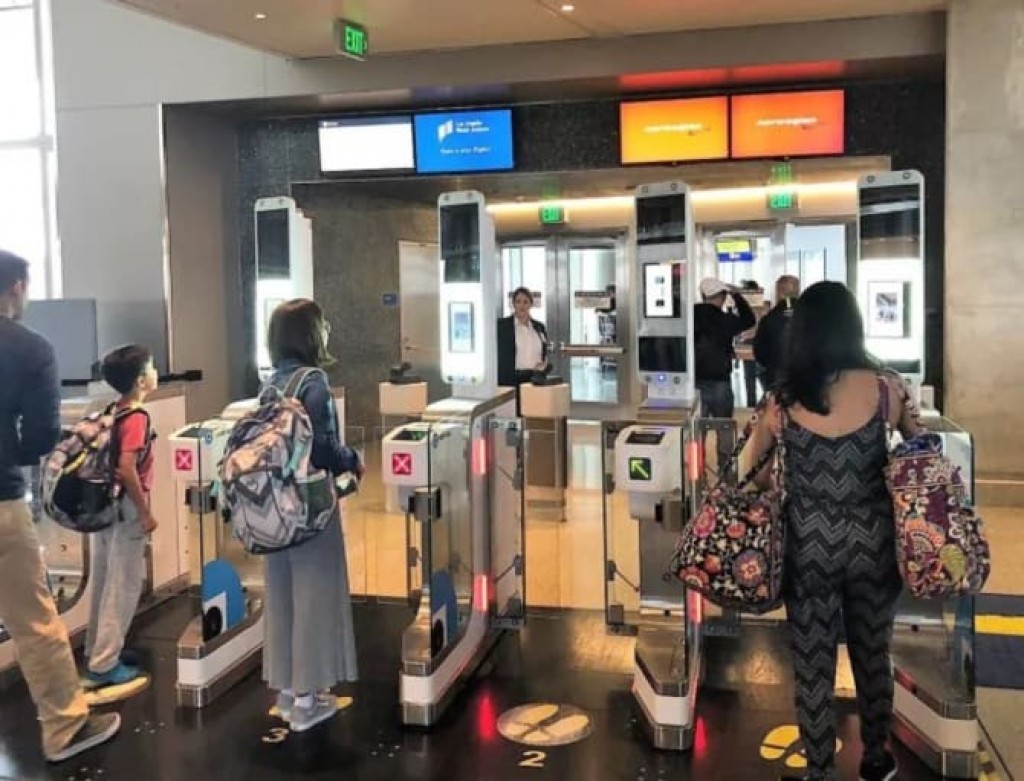 The first flight on the low-cost, long-haul airline using facial biometrics at LAX departed to Barcelona on July 11, making Norwegian Air the airport’

Biometric flight boarding with facial recognition at Los Angeles International Airport (LAX) has been extended to Norwegian Air by Vision-Box, according to a company announcement.

The first flight on the low-cost, long-haul airline using facial biometrics at LAX departed to Barcelona on July 11, making Norwegian Air the airport’s first carrier in its class to introduce the technology for secure and rapid boarding, Vision-Box says. More than 500,000 international passengers have used biometrics for paperless boarding at LAX so far, travelling on the nine airlines to already adopt the technology at the airport.

“We are very pleased to have Norwegian Air and its passengers benefit from Vision-Box biometric boarding platform at LAX, enjoying a faster and safer travel experience,” Vision-Box Global CEO and Founder Miguel Leitmann says. “This is yet another milestone that testifies to how biometrics is gaining traction to become the new normal.”

The deployment follows a partnership between Los Angeles World Airports Authority (LAWA), Vision-Box, and U.S. Customs and Border Protection (CBP), and joins Biometric Exit trials running since 2017. LAWA has committed to a transformation program which includes adopting cutting-edge technologies, and LAX recently was awarded recognition as the “Most Innovative Airport (large hub)” by the American Association of Airport Executives (AAAE).

Norwegian Air Managing Director for Support Services Bjørn Erik Barman-Jenssen noted that the airline has twice been declared most fuel-efficient by the International Council for Clean Transportation, reflecting its focus on sustainability.

“Adopting paperless boarding with biometric technology is the right step for our environment, and will create a seamless experience, which will in turn attract more eco-conscious consumers to our airline,” he says.

The solution is based on the Vision-Box Traveler flow orchestration platform, which the company says enables a quick and secure data exchange for a seamless process.

Finnair deployed Vision-Box technology at LAX in May, and the biometrics provider says its results in recent NIST testing show the technology’s potential for supporting seamless travel.