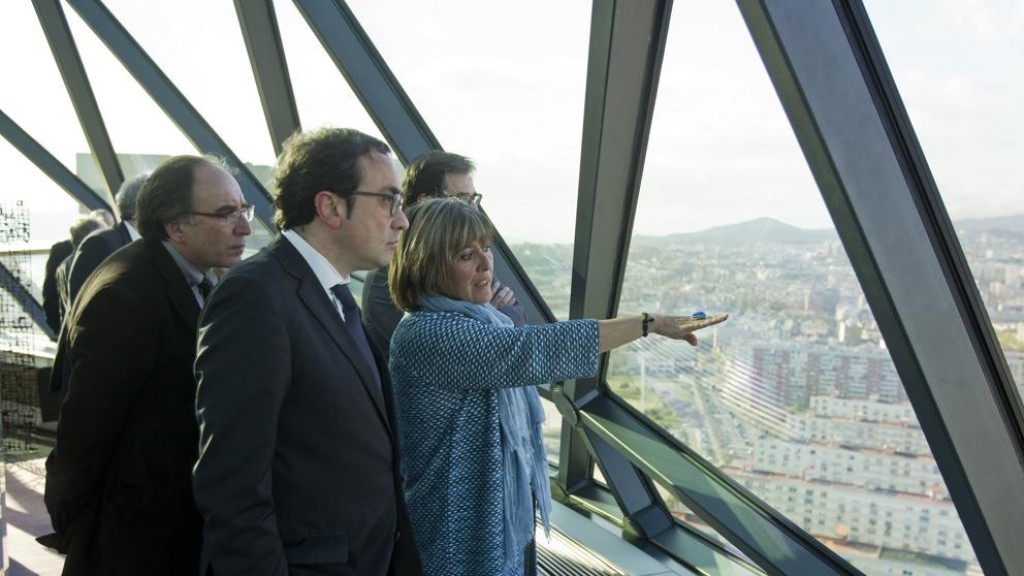 L’Hospitalet de Llobregat has reached a pre-agreement with the city of Beijing and the government of China to host the first European centre for the development and promotion of traditional Chinese medicine, as announced by the mayor, Núria Marin, during the Annual conference on the state of the second city in Catalonia, #LHSuma, held this afternoon in the renovated municipal market of the district of La Florida.

The project will be located in the biomedical cluster of Granvia, whose PDU will be approved by the Generalitat over the next few days, and it is planned to build a research building, a space for cultural dissemination and another devoted to the validation of patents. “It will be a pioneer, reference centre in Europe”, assured Marín.

If the agreement is signed, the construction of the equipment will be carried out progressively over the next few years owing to an investment of 80 million euros. The project has the collaboration of the Generalitat and the University of Barcelona (UB).

Marin also revealed that the headquarters in the Mediterranean arc of the publisher  Santillana will be installed in l’Hospitalet. In the presence of the president of SEAT, Luca de Meo, he proposed his city to house the new global data centre of  Volkswagen.

According to Marín, the fruits of the “strategy and work to valorise the city as the central axis of a metropolitan area that under the Barcelona brand wants to be competitive in Europe and the world” are now being collected.

Precisely, Marín demanded more “metropolitan vision” in issues such as the generation of wealth, equality of opportunities, energy poverty, and tourism. “Does it make sense to think of tourism policy only for Barcelona city?” he asked. “If companies think in metropolitan terms, why not city councils?” he continued.

On the other hand, the Socialist again demanded a better deal for Rodalies with the construction of the tunnel to hide away the tracks, key to improve its operation.