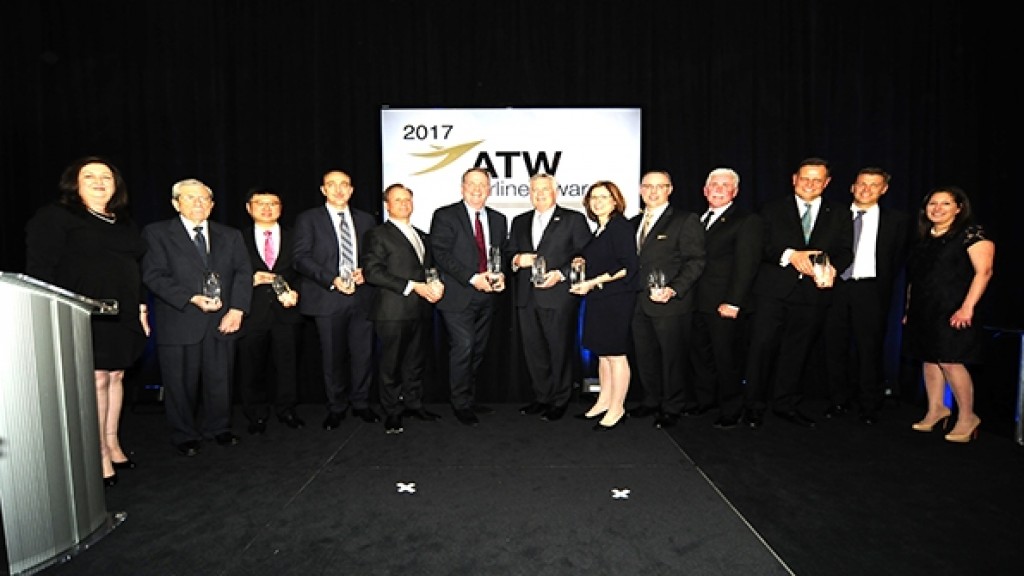 Winning the 2017 ATW Airline of the Year Award was a “really big deal,” American Airlines chairman and CEO Doug Parker said as he received the trophy

Winning the 2017 ATW Airline of the Year Award was a “really big deal,” American Airlines chairman and CEO Doug Parker said as he received the trophy at a gala dinner in New York Tuesday.

There were also executives and employees from airlines, airports and the aerospace industry from around the world, including winners Air Serbia, United Airlines, Singapore Airlines, Volaris and Pittsburgh International Airport.

Receiving the top award, Parker said, “there’s a reason so many of us are here and that is it’s a really big deal. Just three years ago American was in bankruptcy and today we’re here accepting the Airline of the Year award.”

He noted that American had not won the award since 1988, when Crandall was CEO.

“I’m proud to bring it back home where it belongs. And I promise you this it won’t be another 29 years,” he said.

In his acceptance speech for the Value Airline of the Year Award, the CEO of Mexican low-cost carrier Volaris, Enrique Beltranena, told the story of how his airline came to be.

“I came to Mexico 10 years ago with $50,000 in my pocket. And that’s how we started the company. Today, we are a company of more than $1.6 billion. To be chosen as Value Airline of the Year is to excel in our industry. It is a testament to our business model, even when people did not think that the model could work. We made it work in a country that has changed aviation and has changed a way of flying in the world.”

Dane Kondic, CEO of Air Serbia, which won the Airline Market Leader Award, explained how they had just weeks to save and relaunch an airline that had been devastated by wars in its country.

“Small airlines, small headaches; big airlines, big headaches. The only difference is the number of Advils that you have to take,” he joked.

The awards were presented by ATW publisher Beth Wagner and the ATW editors. CFM International was the event’s platinum sponsor.