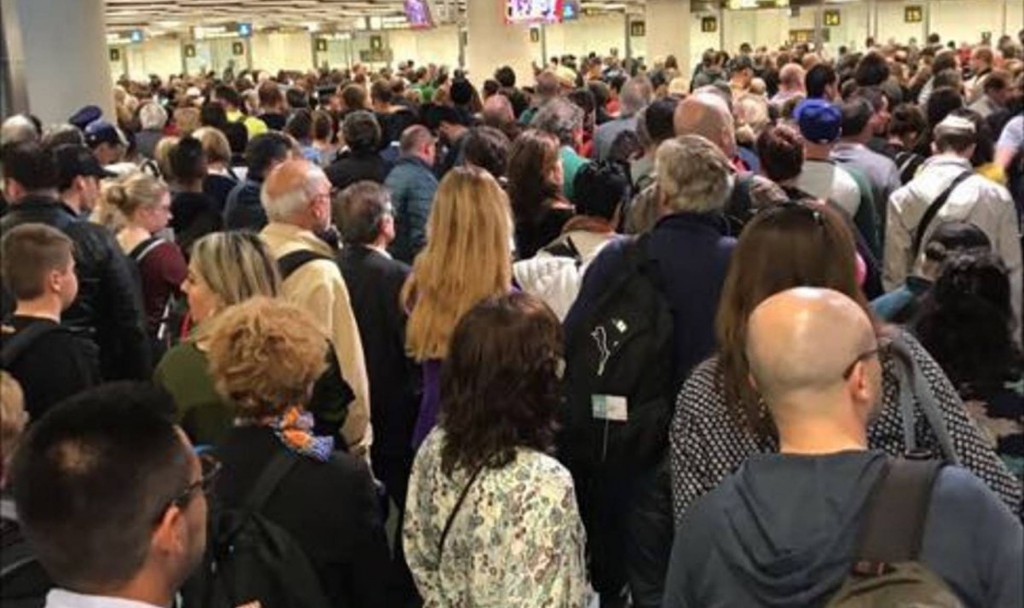 Government to boost passport control to avoid jams at airports

The Government will reinforce the areas of passport control at the main airports with more National Police.

The Government will reinforce the areas of passport control at the main airports with more National Police. This was confirmed yesterday by the Minister of Development, Mr Iñigo de la Serna, when asked at a press conference about last weekend’s chaos in places such as Madrid-Barajas, Barcelona-El Prat, and Palma de Mallorca. Additionally, Aena will invest in passport reader machines to expedite entry into the country.

Another point that concerns Fomento is the control of production of Vueling for the summer, in order to avoid the situation that overwhelmed El Prat Airport in July 2016. Mr De la Serna noted that a working group has been created with representatives of Vueling, Iberia Handling, Aena, and Enaire.

Measures to be taken include the entry of new controllers in the Barcelona centre, ​​and optimization of traffic between El Prat and the Bordeaux control centre.

Mr Íñigo De la Serna yesterday presented the Air Navigation Plan 2017-2020, with investments of Enaire over the next four years amounting to 300 million to improve the conditions in which airlines operate.

This first multiannual plan is in response to the expected increase in traffic and consolidation of the Single European Sky strategy.

The 3,700 professionals of Enaire, 2,000 of them controllers, managed 1.87 million flights last year, amounting to the fourth European manager for traffic. That figure, according to the minister, will be 2.18 million in 2020, with an increase of 4% per year.

In addition to the investment, he highlighted savings of 343 million for airlines deriving from measures to improve punctuality and efficiency en route, and the 11.5% reduction in tariffs. “We expect all these measures be transferred to the price of tickets,” reiterated the minister.

The Ministry of Development will present the plan next week at a meeting with around a hundred industry representatives. Enaire rules out privatising air traffic control towers and will boost the number of controllers with a job offer for 130 people this year, which will be in addition to the offer of 106 vacancies between 2015 and 2016 for Barcelona and Palma de Mallorca.