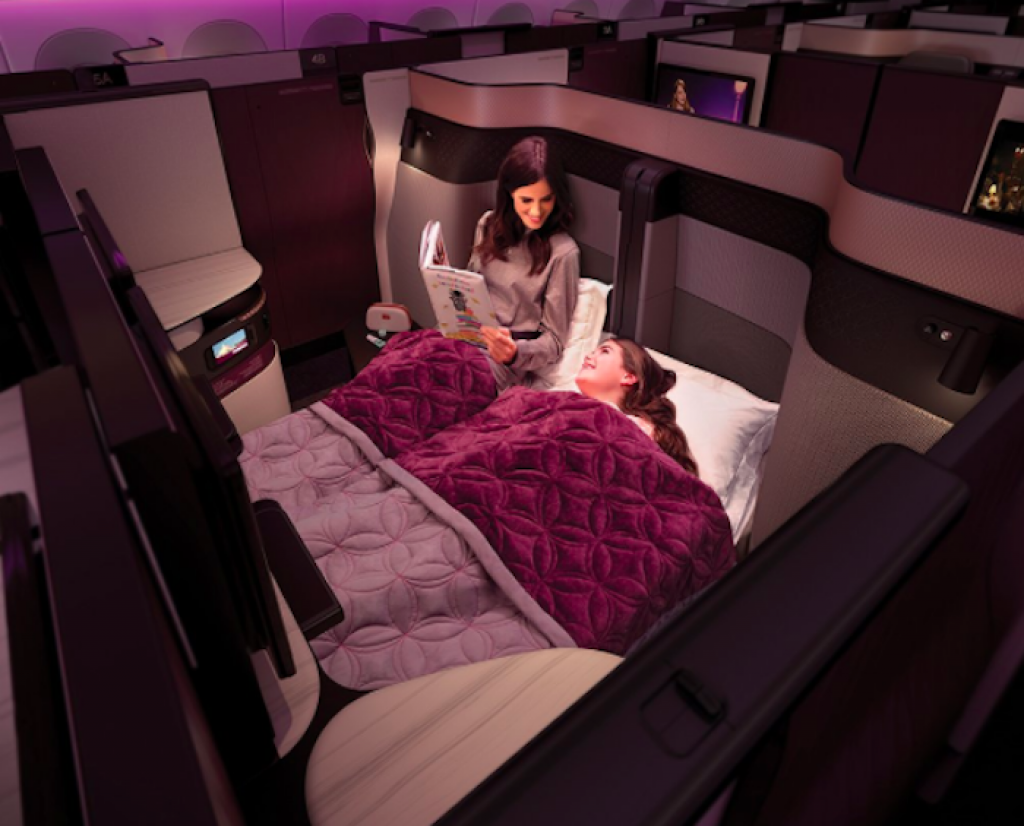 Qatar Airways is pleased to announce that it will introduce its revolutionary Business Class seat, Qsuite, on flights from Chicago starting 1 April, allowing even more travellers to experience the new standard of luxury, comfort, and customisation in international travel set by the airline, and strengthening its commitment to its gateway markets in the United States.

Qatar Airways Group Chief Executive, His Excellency Mr. Akbar Al Baker, said: “Qsuite has already established itself as an unrivalled product, setting a new standard in Business Class travel in the aviation industry, and receiving global acclaim from industry leaders, international media, and — most importantly — our valued Business Class travellers. By building on the successful launch of Qsuite in both New York and Washington, D.C., we are now tremendously excited to bring this luxurious, one-of-a-kind product to the Windy City, enabling travellers departing from Chicago to experience this revolutionary product for themselves.”

Qsuite features the industry’s first-ever double bed available in Business Class and customisable private cabins for up to four people, perfect for friends, families and business colleagues traveling together. With adjustable panels and movable TV monitors on the centre four seats, Qsuite provides the ultimate personalised travel experience that enables passengers to create an environment that suits their own unique needs.

The expansion of Qsuite to Chicago is part of Qatar Airways’ commitment to continuously revolutionise the passenger experience, enabling travellers to enjoy First Class amenities within the airline’s Business Class cabin. Qsuite will be fitted on the Qatar Airways Boeing 777-300 ER out of Chicago O’Hare International Airport, and will later be introduced on the airline’s state-of-the-art Airbus A350-900 aircraft on flights from New York City – the first U.S destination to feature Qsuite on this ultra-modern, fuel-efficient aircraft.

The expansion of Qsuite throughout the U.S. follows a triumphant year of award wins. Qatar Airways currently holds the title of ‘Airline of the Year’ as awarded at the prestigious 2017 Skytrax World Airline Awards at the Paris Air Show, where the airline received a host of other notable accolades, including ‘Best Middle East Airline,’ ‘World’s Best Business Class’ and ‘World’s Best First Class Airline Lounge.’