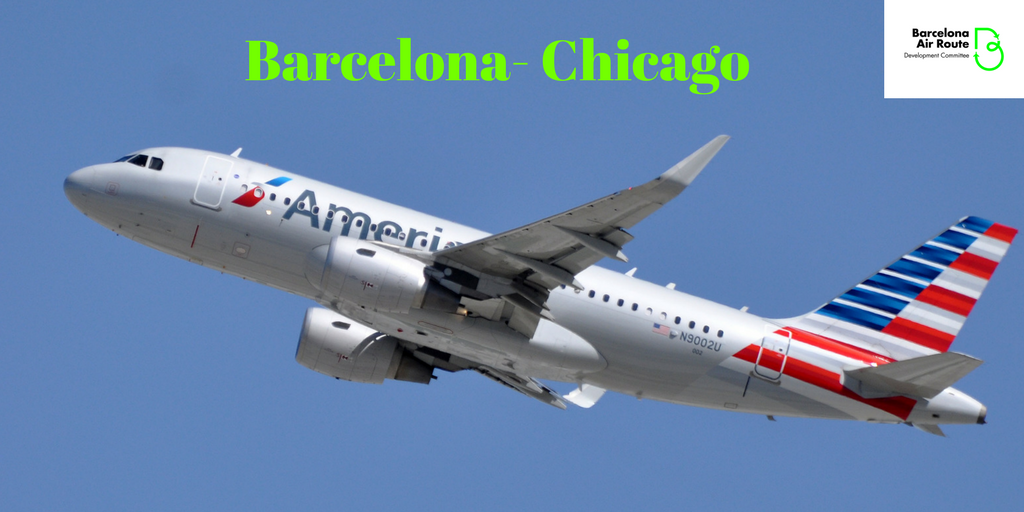 American Airlines launches, on Saturday May 6, a new route between Barcelona- El Prat Airport and the city of Chicago (O’Hare/ORD) on a daily basis th

Barcelona, May 6, 2017 – American Airlines launches, on Saturday May 6, a new route between Barcelona- El Prat Airport and the city of Chicago (O’Hare/ORD) on a daily basis that will connect the these two cities.

The flight will operate throughout the Summer season, from May to October, with a Boeing 787-800 Dreamliner, with a capacity of 228 seats, 28 in business class, 55 economy with 18cm extra space between seats and 143 in economy class.

The new flight is the result of a thorough analysis of the market that shows a growing passenger demand over the past five years between the two cities. The compound annual growth rate (CAGR) of air traffic between Barcelona and Chicago has been 3% since 2015, and last year, the figure increased by 33% to over 65,000 passengers. In addition, the traffic of passengers traveling in business class has grown to 14.4%, meaning that approximately one in seven people are traveling in business class or first class.

Chicago O’Hare Airport offers domestic and international flights that connect to the entire world. It is one of the major hubs of the United States and has had a strong growth in international traffic. Last year, more than 1.4 million passengers travelled between Barcelona and the United States. This figure shows the great potential and strategic value of this route regarding to tourism and business.

Customers traveling on the new service from Barcelona will seamlessly connect through American hub in Chicago with its network of over 120 destinations throughout the United States, Canada, the Caribbean and Mexico.

It’s being a long time that this airline committed in Barcelona-el Prat Airport, from where it flies direct to four destinations in the United States: Miami and New York throughout the year and Philadelphia and Charlotte during the summer season.

American has made a huge investment in order to offer its customers a superior travel experience around the world. These investments include fully reclining seats; Wi-Fi internationally; more entertainment during the flight and sockets; a new and modern design rooms around the world, including PHL, CLT, JFK and MIA DFW, and a greater variety of healthy foods, complimentary cocktails among others.

The US market better served than ever

Chicago is one of the priorities of the Committee’s Strategic Plan and it has been working for years to get American Airlines operate the route because it is one of its major hubs. 14.4% of the premium and business class passengers also give an idea of ​​the interest of many companies of both countries to establish a direct route like this. The specific rates and demand for cruises have also played a role. The four institutions: AENA, the Barcelona City Council, the Barcelona Chamber of Commerce and the Government of Catalonia have carried out countless actions, projects and assignments that make getting there more links between Barcelona, ​​Catalonia and this country / city.